Chad: Rash Of Fires Rages Through The Country, Cause Still Unknown 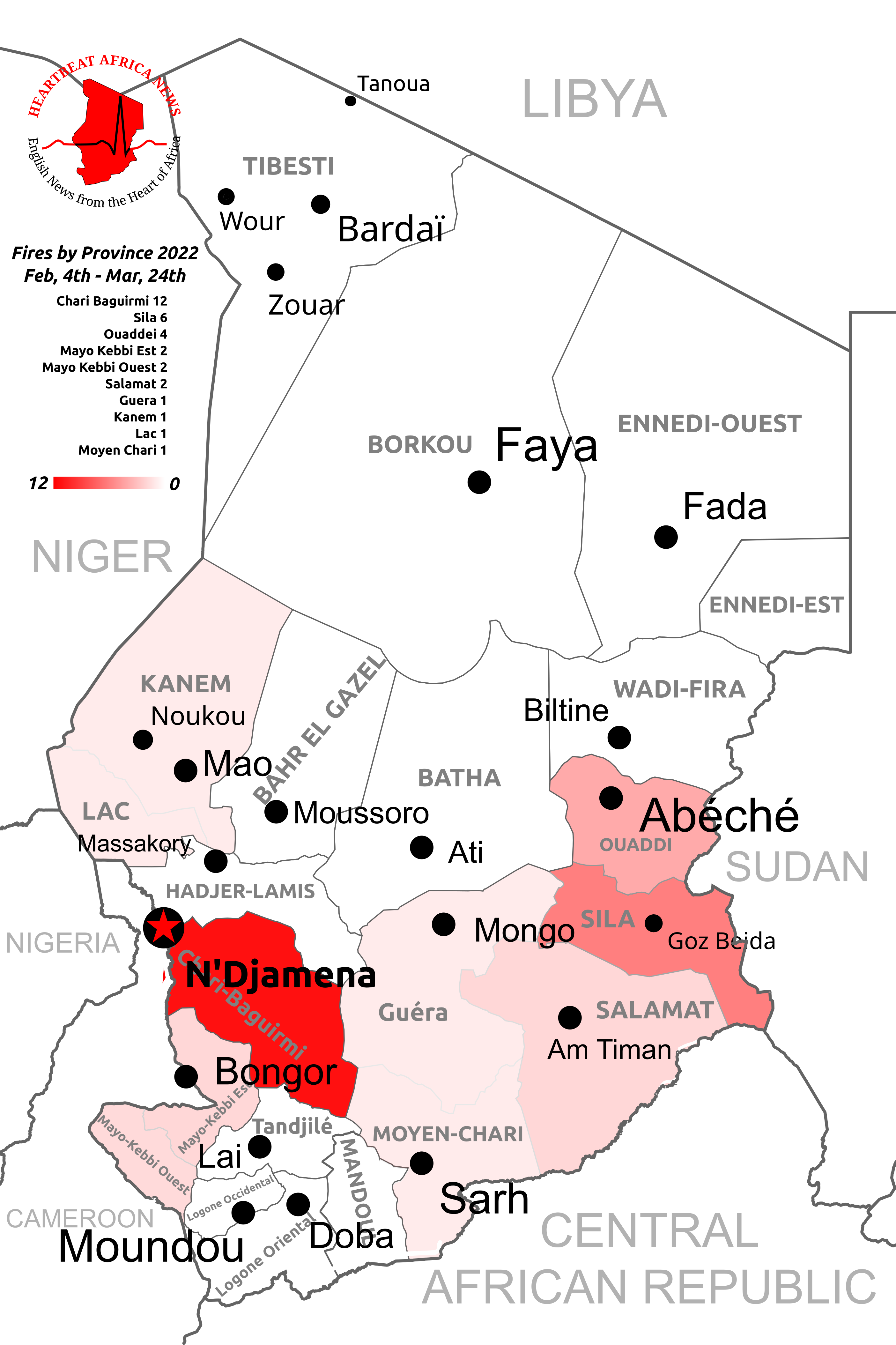 CHAD, AFRICA– Blazes in Pala and Sarh on March 24th remind Chad’s populace that the fires were not over. Deadly fires have been ravaging the North African country’s markets, commerce, and villages for over a month, with upwards of 32 fires since February 4th.

On March 24th, local media reported a fire at the Department of Health Offices in Pala, a province located in the southern Chad. According to reports, damage to the brick structure amounted to at least four offices burned, and other “equipment” damaged.

A fire started in Sarh’s “Grand Marché around 19:30, the cause of the fire is unknown, but some sources claim it started at a small fuel vendor near the market. Videos posted to social networks show what appear to be explosions rising from the blaze. Firefighters are reportedly on the scene.

Officials meet in N’Djamena to discuss Fires with Utility Companies

The Delegate General of the Government to the Municipality of N’Djamena met with the capital’s leaders and the heads of the National Electricity Company (SNE) and the Regulatory Authority of the Oil Sector Aval du Tchad (ARSAT), to discover the origin of the deadly fires and find solutions to the problem. According to General Brahim Seid Mahamat the fires have several main causes, including, bad wiring, gas bottles, and the population’s lack of patriotism, as well as criminal activity.

What ever the cause, the fires starting in markets, shops, homes and villages, have caused significant damage, with estimated dollar amounts in the millions, five dead and that many more wounded, however, many reports fail to calculate damages and accurate estimates are difficult produce.

Only twelve of the 32 fires reported since March 24th have given causes, although some are still under investigation.