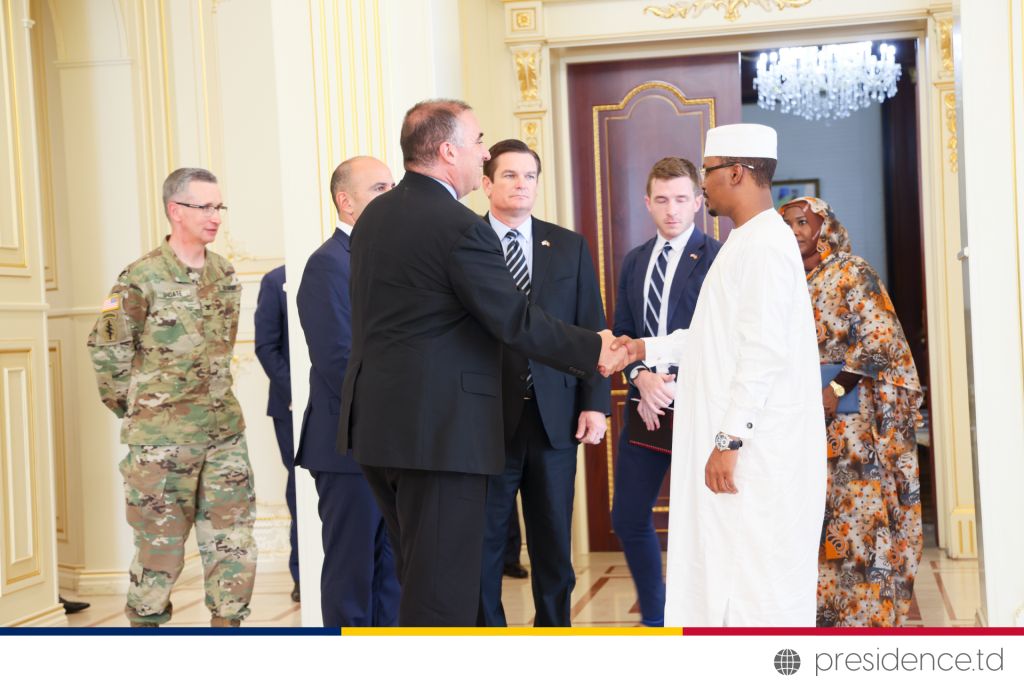 After a recent remark by Mahamat Idriss Deby Itno calling US Senator Bob Menendez a “small civil servant”, the PCMT received two congressmen from the United States. The Congressmen, Rep. Jimmy Panetta from California and Rep. Austin Scott from Georgia, were introduced to the PCMT by the recently appointed US ambassador to Chad, Alexander Laskaris. According to a report published by the Presidency, the men “came to testify in person to the Head of State, the gratitude of the American Congress to Chad for its commitment to the fight against international terrorism.”

However, the report also mentions that the transition and National Dialogue were also discussed at the meeting. The PCMT took the opportunity to explain the steps he has taken to ensure peace and stability for Chad. He reaffirmed Chad’s commitment to the fight against terror, saying that he considered it a “duty” to fight against the evil that causes damage to human dignity and development.

None of the other participants at the meeting have released statements at this time.