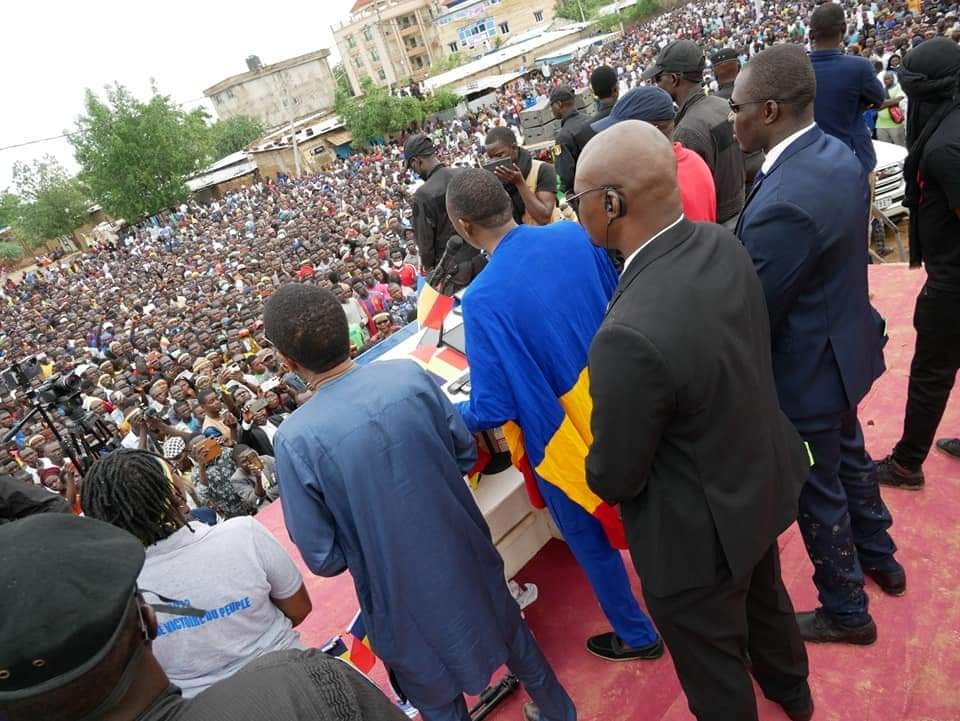 N’DJAMENA–A meeting planned by political opposition party “Les Transformateurs” for 2 o’clock this afternoon seems to have fizzled out, with no reports of its success on local news or official social media sources.

Social media sources related to the party claim that security forces have encircled their headquarters and set up “snipers” and lookouts on adjacent buildings. Reliable sources have indicated that anyone who enters the neighborhood will be arrested or “caned.” Opposition and government sources have reported the arrest of opposition activists for the past two days with opposition numbers coming to at least 164 persons arrested for illegal demonstrations and other unknown reasons. Succes Masra, “Les Transformateurs” President, claims the government offered the release of the imprisoned citizens in exchange for the cancellation of the meeting, dubbed “The Peoples Dialogue” by members of the political group. This nomenclature is the result of the debatable failure of national talks, which “Les Transformateurs” have declined to join.

The Dialogue was resumed this morning after its suspension for three days to negotiate with the estranged political parties who have refused to join. Talks with the groups came to a standstill after the committee made up of religious leaders and “sages” failed to find any common ground between the parties. The “independent” negotiation commission said the differences between the opposition and government groups were caused by “the intransigence of those who absolutely want to retain power and the aspiration of those who want change,” saying “these divergent positions risk degenerating into clashes with immeasurable consequences.”

While the dialogue was resumed this morning as planned it didn’t continue for long, with presidium president Gali Ngote suspending the talks after the release of the dialogue draft agenda. The draft agenda sets the end of the dialogue for October 5th almost 2 weeks behind the original schedule, and is to be discussed and ratified at the beginning of next week.