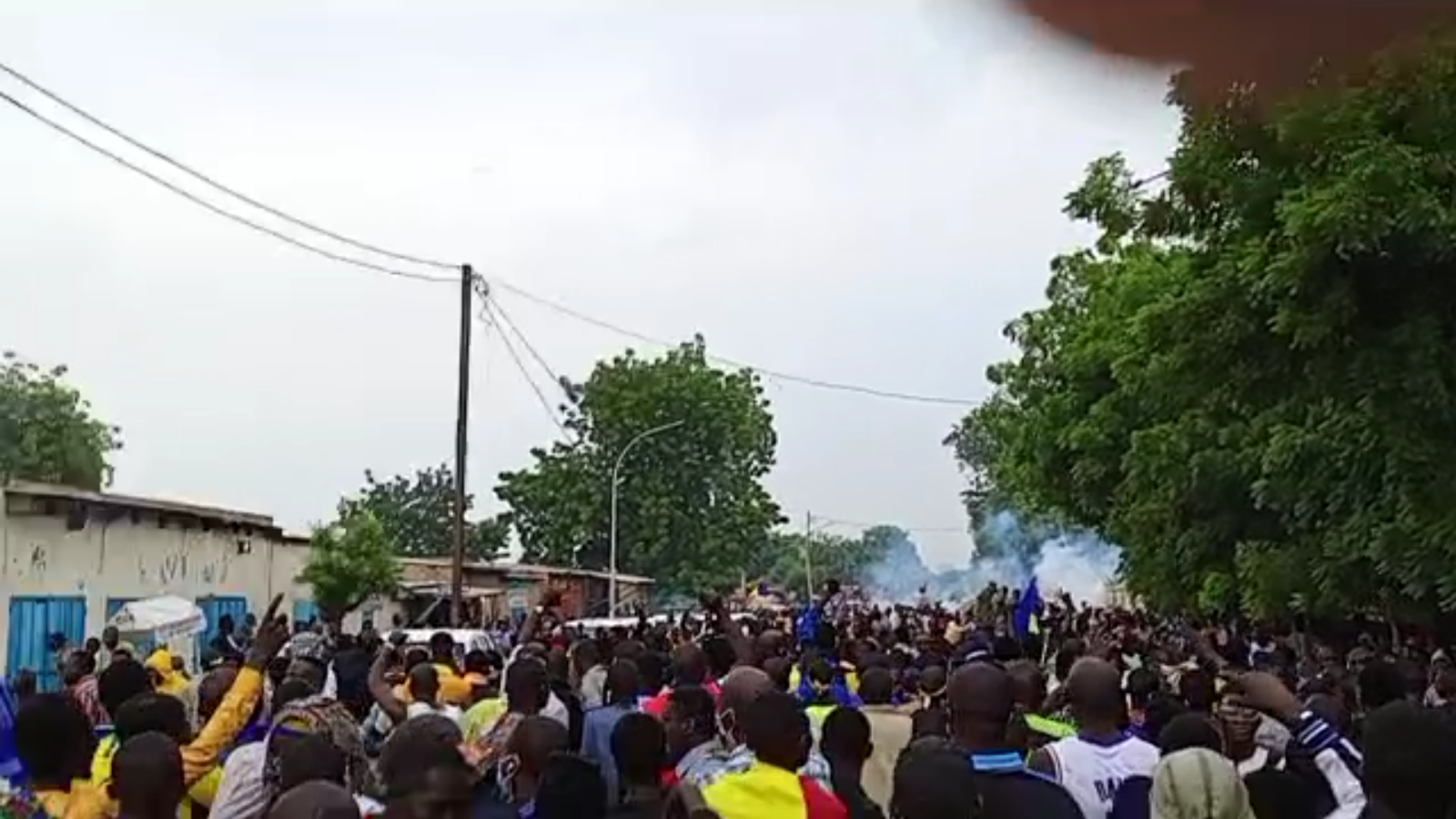 N’DJAMENA–This morning, Succes Masra, President of the “Les Transformateurs” party was unable to respond to a summons by the attorney general after he and thousands of his followers were dispersed by government forces while en route.

The colossal parade was meant to escort the party founder to to the intermediate court in response to his summons, but was intercepted and dispersed by government security forces. The assembly was called for by both political party leader and rebel group executives. Major rebellion FACT called for a “mobilization” of Chadians to accompany Succes Masra to the court in a statement released Friday morning.

While the procession was proceeding, police staged in the area dispersed those gathered, who then retreated to the “Les Transformateurs” headquarters which was quickly enveloped in a barrage of tear gas. Opposition accounts on social media have reported numerous injuries but no official count has been given.

Hours later, the number of activists at party headquarters still likely numbers in the thousands with no threat of tear gas in sight.