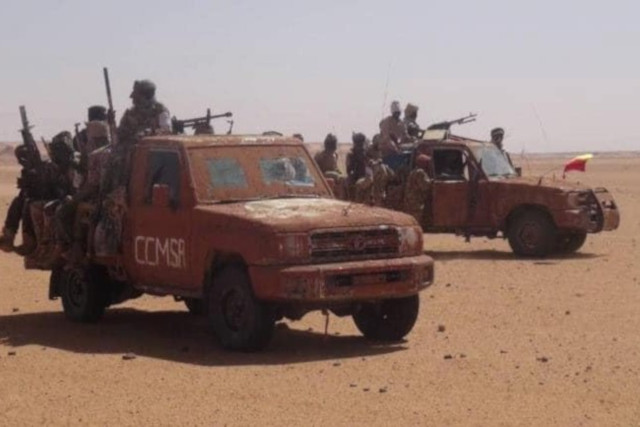 In N’Djamena, the National Inclusive Dialogue was delayed yet again today after authorities announced new coronavirus control measures. While the reason given for the delay was the new health measures that have to be implemented, the extra time is likely needed for another purpose. The organizers of the Dialogue intend to finish making the rules for the Dialogue and choose a presidium before this afternoon.

In the meantime, pressure is building on all sides. The Zaghawa community continues to ask the government to bring Abel Maina to court. Although the case was already dismissed and Abel Maina publicly apologized, the Zaghawa community can’t seem to forget what they have characterized as insults to their character. They have even gone so far as to hold a protest outside of the stadium in Diguel. Although apparently unauthorized, it seems like the government did not intervene to stop the protest.

However, a peaceful march planned for Thursday, August 25 by the Union of Trade Unions of Chad and the National Union of Community and Contract Teachers of Chad (UST/SYNAPET) was prohibited by the government yesterday because the request had not been submitted five days in advance. The UST put out a “strike notice” yesterday, calling on the government to return all embezzled funds and change policies for workers within six days to avoid a general strike of all UST members.

Another union is also calling on the government to take action, although not yet threatening any action themselves. The Union of Economic Operators in Chad has asked the government to pay it’s interior debt, which is over seven hundred and fifty million dollars. The group “The Sentinels” however, is planning to take action. They have threatened to march in protest of what they call the “oppression of Chad”. And although we can’t list all of them here, many other groups are protesting the nature of the Dialogue as they feel it’s a one-sided event.

The Chadian people have long been exemplary in respecting the authority of the State and submission to the rulers, but the time for disobedience has arrived.

Barka Pierre, spokesperson for The Sentinels

A major actor who participated in the opening ceremony of the Dialogue, Moussa Faki Mahamat, saw his brother fired from his position as personal doctor to the President of the Transition. Many comments have been made about Moussa’s speech at the opening ceremony of the Dialogue. During his speech, he acknowledged that the Deby regime had not governed well and even took responsibility for his part. He also made a few cryptic comments during his speech that have caused some to believe that he intends to run for president in the upcoming elections.

Isn’t it the right of the Chadian people to address – by reprimanding – their elite who have neglected their duties and their interests, including me, without any attempt to evade my responsibilities in this matter?

Let’s not forget about the rebel groups, who are also watching closely as the Dialogue struggles to get off the ground. The CCMSR, one of eighteen groups that did not sign the peace accord in Doha, has announced that it’s back on Chadian soil. The group published several communications denouncing French surveillance of it’s positions and threatening to “shoot”. Several of the major rebel groups, including the CCMSR and FACT, have announced a truce for the Dialogue while reserving the right to break the truce in case of issues with the Dialogue.