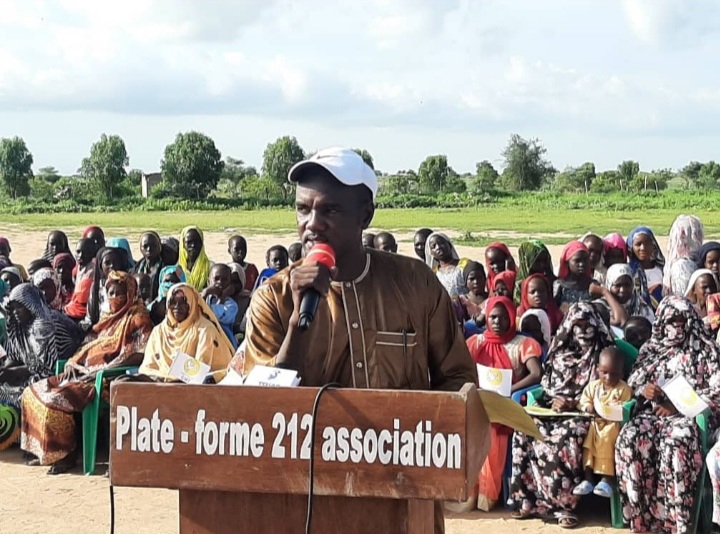 The Patriotic Salvation Movement, or MPS, has denounced what it calls “American interference in Chadian affairs” after a speech by Ellen Thorburn. Ms. Thorburn, as the Chargé d’Affaires for the US Embassy in N’Djamena, touched on the transition process in Chad during a speech delivered at a celebration for Independence day. Although the MPS did not specify what they considered interference, it’s generally assumed that the call for members of the transitional government to abstain from running for election prompted the outrage.

For me, American Independence Day represents beginnings and possibilities. The United States is a nation defined by constant renewal and reinvention, guided by fundamental and founding principles. As I reflect on our history, I am struck by the opportunities and challenges our founders faced, and were able to overcome, by embracing these virtues. So, as an American, representing the United States government in Chad, I am honored to have this opportunity to celebrate with you now, because I see Chad taking the first steps of a new beginning, a beginning filled with many possibilities.

Over the past year, U.S. engagement has focused on ensuring a political transition that includes inclusive national dialogue, a new constitution, and credible, transparent, and timely elections that lead to civilian rule. My team at the Embassy has worked diligently to help the people of Chad achieve these goals. Our work together continues, guided by principles and virtues, for better governance and the prosperity of the Chadian people. Chad’s new start must follow the will of the people, and it is the responsibility of the Transitional Military Council (TMC) to fulfill its commitments to the citizens of Chad, including that members of the TMC will not stand in the next elections, and that the TMC will adhere to a period of rapid transition, with democratic elections as a mark of the success of the work of the TMC.

We will continue to emphasize the rule of law, human rights and accountability, and we will focus embassy efforts on strengthening the civilian institutions that enable Chad’s transitional government to be more attentive to its citizens. Our strong working relationships with host country security and law enforcement institutions, as well as with our international partners, are the primary means by which we support the improvement of human rights.

The United States is Chad’s partner in this transition; we want it to succeed. We acknowledge the difficult but rewarding work done towards the completion of the pre-dialogue in Doha and we share your expectations for the successful start of the national dialogue. In addition to the unwavering support that the United States will provide, I also offer you a word of caution. With so many elements of Chadian society involved in the dialogue and generations of entrenched power centers vying for concessions favorable to them, to right past wrongs or to retain power, the talks will fail if each party does not keep in mind the national aspect of the national dialogue. If every group participating in the dialogue works towards a compromise, no group or faction will get everything it seeks. But Chad will know peace, stability and prosperity.

According to Jean Bernard Padaré, Ms. Thorburn’s statement was “inopportune” and “akin to interference”. The MPS has frequently called for the parties involved in the transition to make compromises, as well as reiterating their goal of transparent and timely elections. Even “a period of rapid transition” has been evoked by the MPS, although almost everyone involved has accused the other parties of dragging their feet at times.

At a time when the daughters and sons of Chad are preparing, on the occasion of the inclusive and sovereign National Dialogue, to calmly discuss all the evils that handicap economic and social progress, the stability of their country’s institutions, Ellen Thorburn’s inopportune declaration is akin to interference likely to disrupt the consensual and peaceful dynamics of the ongoing transition.

It seems like the request that the members of the CMT will not run for election in the elections that were scheduled to begin last month is what hurts the most, but the MPS seems to be intentionally vague. In his statement, Mr. Padaré said “only the sovereign Chadian people, whose sensitivities and components will take part in this national high mass, is authorized to decide when the time comes on these subjects of national interest”.

However, a platform of 212 association and likely associated with the MPS, was more clear. According to Mahamat Nour Haggar, the spokesperson of the platform, “We are a state that is sovereign and free to make the choice on the candidate who will guide the destiny of this country”. Although the CMT allegedly renounced any interest in running in the presumably imminent elections, the president of the transition and his party have repeatedly hinted that they might be forced by God or the people to run for president at the close of the transition.