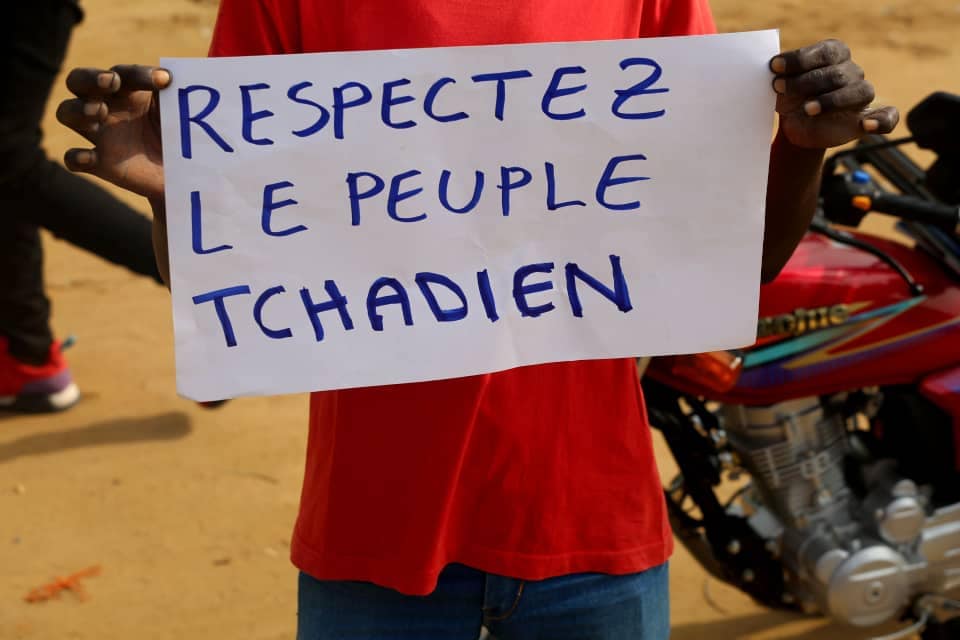 The Chadian civil action group “Wakit Tama” has announced they will be holding a march protesting “French policy in Chad” on the 14th of May. But their biggest partner, the opposition party “Les Transformateurs” doesn’t want to be a part of it.

After Wakit Tama’s last minute official announcement, “The Transformers”–one of Chad’s largest opposition parties–published a post on their Facebook page, asking party members and non-members alike to not attend.

The Transformers press release says the protest is not in line with their vision, however, it seems that has not stopped them in the past. Transformers were a part of a protest organized by Wakit Tama on February 27th of this year. A protest RFI reported was marked by French flags dragged though the streets, and anti- French speeches.

The Central Team of the Transformers brings to the attention of all the Transformers and all our fellow Chadian citizens, that it is through the media that we have read leaflets and press releases without signature, some of which call for demonstrations against a background of indexation ethnic, tribal or xenophobic. The vision of the Transformers, which is to build in Boldness, Exigence and Benevolence, a Chad of Justice and fraternity for all Chadians: does not fit with such an attitude. The Transformers cannot be associated with such an action. The enemy of the Transformers is neither an ethnic group nor a community, and even less any country; but our only enemies, as our comrade Transformers President has always repeated, are injustice and the misery in which our compatriots are languishing…

“The French colonial order was based on massacres, deportations, the dislocation of communities and the plundering of resources. All of these things have helped keep our country in the most degrading miseries,”

The United States Embassy in N’Djamena has issued a warning to US citizens living in the capital regarding the protests.

Local media reports indicate there are two demonstrations scheduled for Saturday, May 14th starting at 07:30 hours. One authorized demonstration will begin at the Rondpoint de Deuxieme Station along Rue de 40 to Rondpoint SONASUT. The second demonstration is not yet authorized but is planned to begin at Fest Africa Space and end at Idriss Ouya Stadium. Normal traffic may be disrupted during such demonstrations and the police have used gas and force to disrupt prior demonstrations.