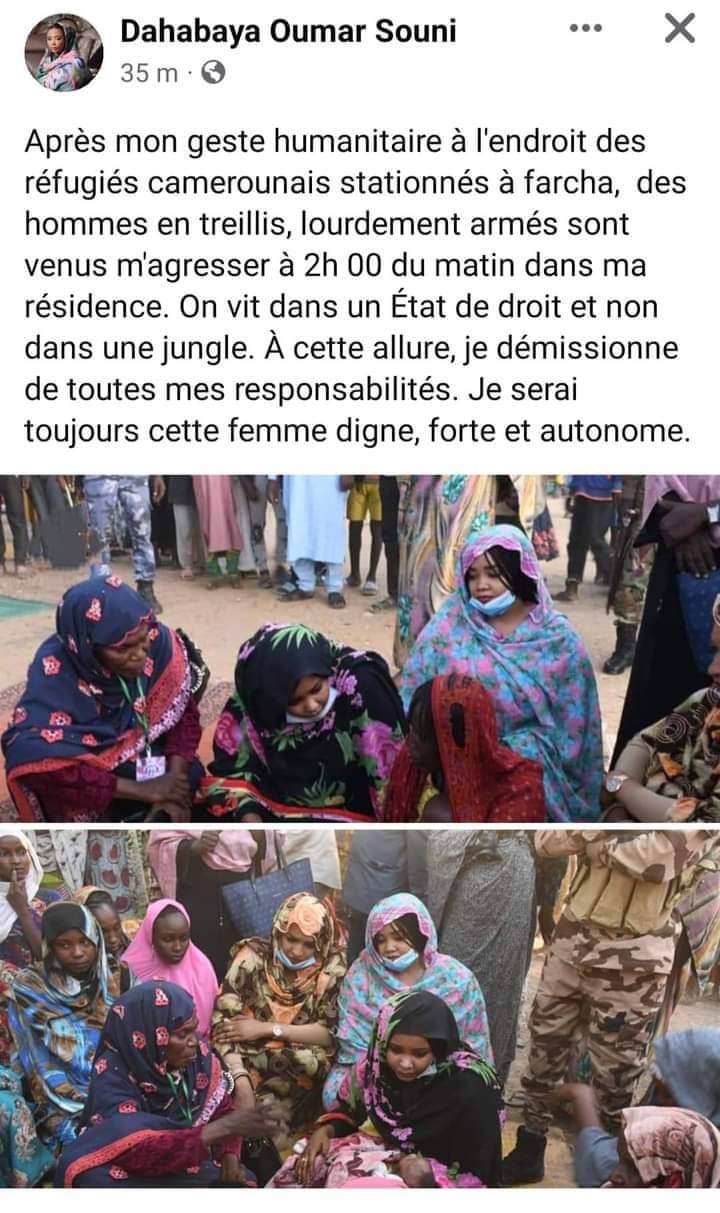 It almost seems too incredible to be true, but the wife of Mahamat Idriss Deby Itno, the president of the transitional government of Chad, claims that she was threatened last night by members of the military. In a post on FaceBook that was quickly removed, Dahabaya Oumar Souni, a journalist and media specialist, wrote that she had been threatened by armed men. According to her, the attack took place around two o’clock this morning at her house.

Heavily armed men in camouflage were somehow able to get past her guards to come in and threaten her because she had visited a group of refugees fleeing conflict in Kousseri, Cameroon. Her sister, Souguia Oumar Souni, confirms that she was with her during the attack and claims to have proof of the event. Despite claims of “fake news”, up until now all of the evidence indicates that Dahabaya was really threatened.

If true, this news is very significant, because it reveals a profound instability in the ruling family. Coupled with the attacks on several generals and members of the army, it’s a serious sign of instability. But with those events, a massive protest this morning by the opposition groups, and an order that takes effect today limiting the carrying of weapons to certain bodyguards and military on specific duty, it seems like the current government is not on a sure footing, to say the least. If the current trend of insecurity continues, it will likely have major consequences for the country of Chad.