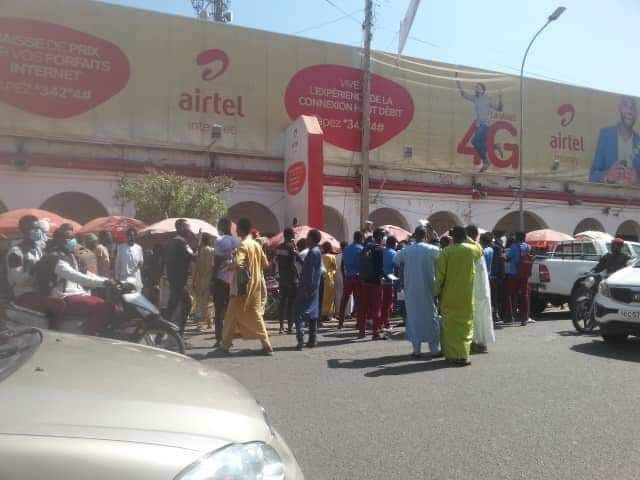 Yesterday was another day of protesting in N’Djamena, Chad as the handicapped of the city emerged near the United States Embassy to demand there rights. They were protesting the continuing prohibition against tricycles on the bridge from Ngueli to Cameroon. This isn’t the first protest over the closure to tricycles, and likely it won’t be the last. Despite extensive negotiations and many promises, the problem has continued since it started when the bridge re-opened in June.

The handicapped have held over four protests in N’Djamena to raise awareness about the problem. That’s in addition to the sit-ins, blockades, and other actions they’ve taken as well. They say that they need to be able to cross the bridge into Cameroon to support their families. Traditionally, small commerce with Cameroon has been part of the social support structure for the handicapped.

The spokesperson for the group, Ali Oussignbédé Justin, says that they are ready to “go to the Promised Land” if nothing is done for their situation. They are tired of the promises that they say the authorities have made but not kept. After demanding to talk to the Prime Minister, they were approached by a police commissioner who negotiated with them to clear the road.

But the handicapped weren’t the only ones protesting, as during the “day without phones” young people attacked the offices of the two major cell service providers in Chad. Calling for cheaper internet service, the youth broke signs, burned Airtel and Moov Africa signs and other materials. Despite the attack on Airtel and Moov Africa, the protest was more directed to ARCEP, the Chadian telecommunication authority. The protesters claimed that the taxes and corruption in Chad have caused data prices to be some of the highest in the world.