Tensions continue in Faya despite negotiations 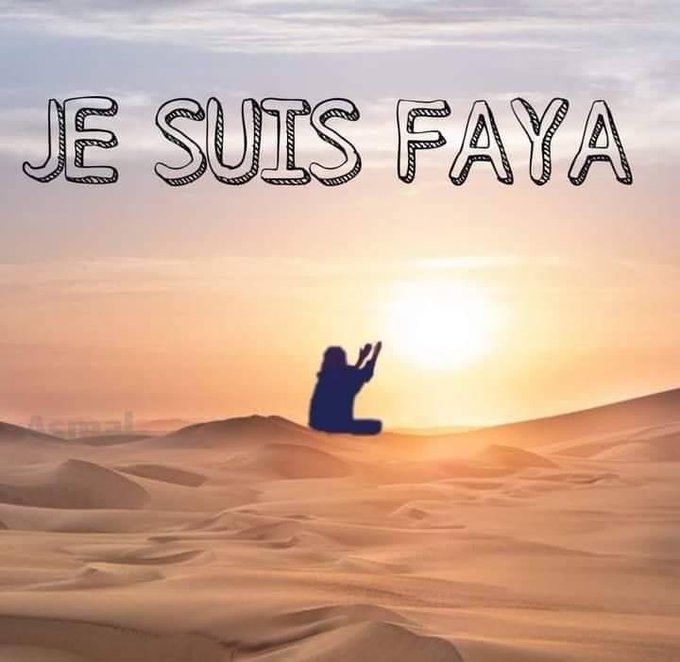 An old woman prays during a protest in Faya.

According to sources, a general sent by the Military Council of Transition (CMT) to negotiate with the protesters in Faya was not able to reach a resolution last night. Despite efforts to remove the protesters, the police and military were not able to withstand the large crowds. Men, Women, and children of all ages have been on the streets since the 18th of November, when the police and military started to confiscate vehicles. Although several mainstream media outlets claim that the issue started with the seizure of vehicles, Faya has been protesting off and on for several weeks now.

The problem started back in October when highway robbery became even more frequent than normal. Passengers in the vehicles stopped were relieved of their gold, jewels, money, cell phones, and other valuables. At the time, many passengers noticed that the robbers were driving what appeared to be military vehicles and were dressed in camouflage. While the transporters carrying goods to and from Faya went on strike right away, Faya remained relatively calm.

But when Hassan Kalibou Sougou sent a controversial audio recording over WhatsApp claiming that the government was involved in the hijackings, he was immediately arrested. Hassan Kalibou, a local chieftain and colonel in the Chadian army, was held from the 26th of October until he was released on the 6th of November. During the time that he was in prison, many protests were organized in Faya to call for his release. Shortly after he was released, on the 8th of November Hassan Kalibou was degraded to a second class soldier and his right to compensation from the army was removed by a decree signed by the president of the transition, Mahamat Idriss Deby Itno.

At that point, the situation was already very tense, and all that was needed was a spark to ignite the anger that had been accumulating. The governor of Borkou, Ismat Issakha Acheikh, provided that spark by ordering all owners of tan or grey vehicles to have them repainted white within a month of the order. The same day the order was released, the mixed commission started to impound vehicles, stating that the papers were not in order. For the population of Faya, this was too much, and it drove them to the streets again.

Despite military and police intervention, the protests were not quickly stopped. Protesters, mostly unarmed but a few with daggers, sticks, and molotov cocktails, stormed the area in front of the governor’s palace. Although the police were able to hold them off for some time, it seems like the governor left Faya and is possibly currently in N’Djamena. Rumors are circulating that he may have been recalled to talk to the government, which has not yet acknowledged the protests.

If the governor thought that he could escape the protests by fleeing to N’Djamena, he quickly found that he was wrong. The political party “Rally for Justice and Equality in Chad” or RAJET has organized a march in N’Djamena on Thursday. They plan to march from the N’Djari stadium to the Palace of Justice to show their unity with the people of Faya. Other groups, such as Wakit Tama, have also agreed to join the march and are encouraging their militants to be ready at 7:30 on the 25th to join the march.