RFI warned by the government of Chad 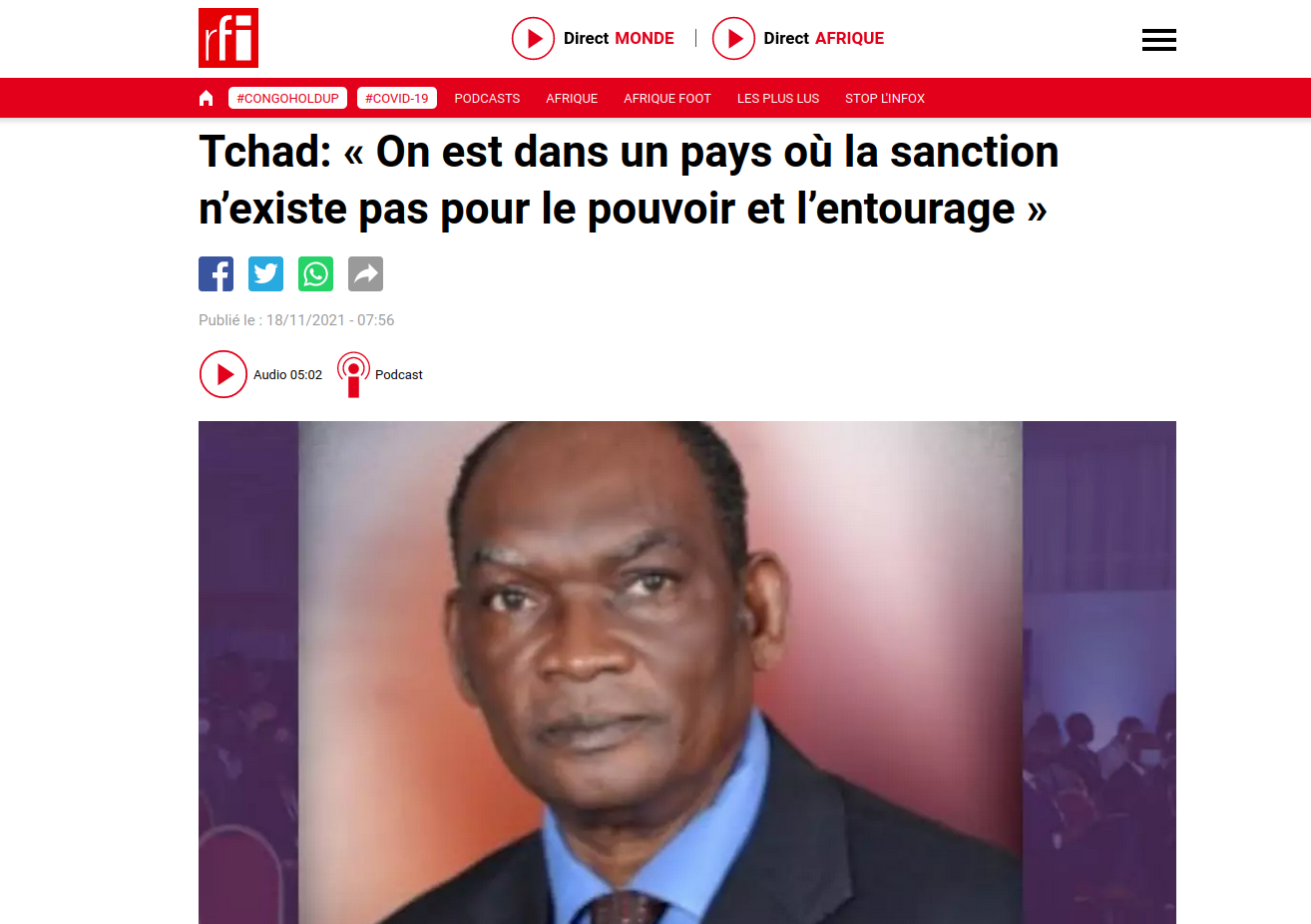 After publishing a controversial interview with Baniara Yoyana, Radio France International (RFI) was warned by the High Authority for Media and Audiovisual (HAMA) of Chad. According to HAMA, RFI should have taken the proper precautions to avoid “stigmatizing certain communities” in Chad. “Chad is a country where tensions between communities are perceptible and can explode,” according to Dieudonné Djonabaye, the president of HAMA.

During the interview, Baniara Yoyana discussed federalism as the ideal form of government for Chad in the future. He also commented on the current state of affairs in Chad and noted that many things had not worked well over the years since independence, leading many to conclude that federalism might be the answer to some of the issues in Chad. Yoyana seems to have stirred up a bee’s nest with his remarks about the current government as he characterizes it as “tribal”.

There are those who kill and who are not punished … There are those who loot, who take state property and we cannot blame them or ask them to give back that property! Everyone knows the ruling clan. Those who have ruled Chad for over thirty years are the Zaghawas with their Gorane relatives, let’s just say the B.E.T. (Borkou – Ennedi – Tibesti) if you want! But in the “B.E.T.” not everyone agrees with what’s going on, because not everyone benefits from the system! So it is a minority of people who do not even represent 10% of the population, who want to have control over Chad, over its resources, and to the detriment of the vast majority, who spend all their time struggling.

However, HAMA’s response brings up questions about the freedom of the press in Chad. Is the press really free if they get a warning from the government if they publish an interview critical of the government? RFI reporters were arrested in Chad during protests earlier this year but were released the same day. Although RFI has traditionally been very friendly to the government of Chad — to the point that some accuse them of bending the facts or outright deception — that could change if the Chadian government continues down this path.