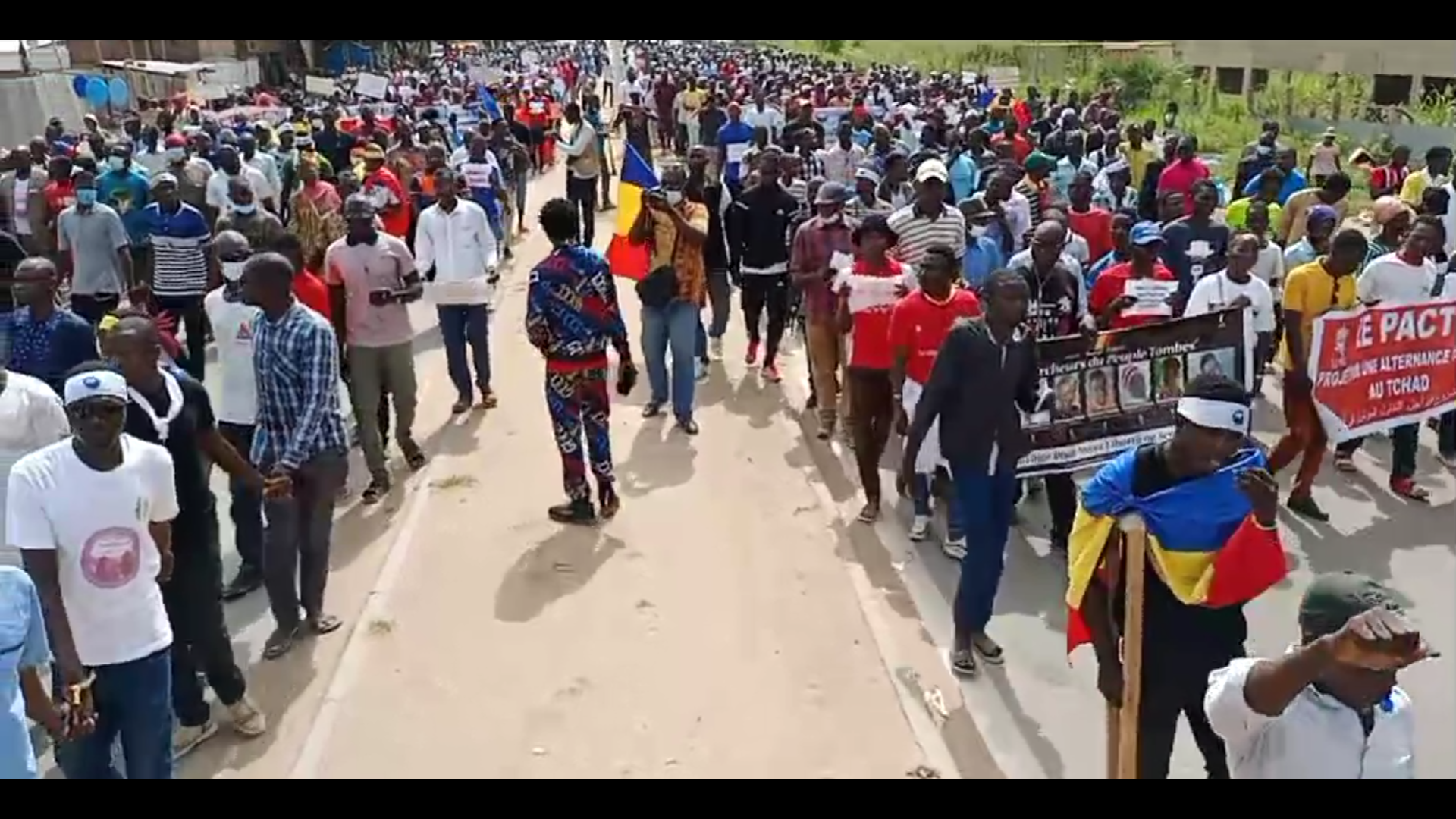 Wakit Tama’s third government-approved march took place September 11th, from Round Point Hamama to the “Palais 15 Janvier”. The people were protesting France’s involvement in Chad, human rights violations, and the monarchization of power by the CMT. They also called for the revision of the Transitional Charter and respect for the Chadian people. Many different political parties, societies, unions and tribes were represented.

“Either we get respect, or we die.

After two planned protests prohibited by the government, Wakit Tama said that this time, they would march with or without permission. The Chadian government then approved the march.

“They said Deby died at the front; In reality, it is a coup d’etat orchestrated by the enslaver France to continue plundering our resources.”