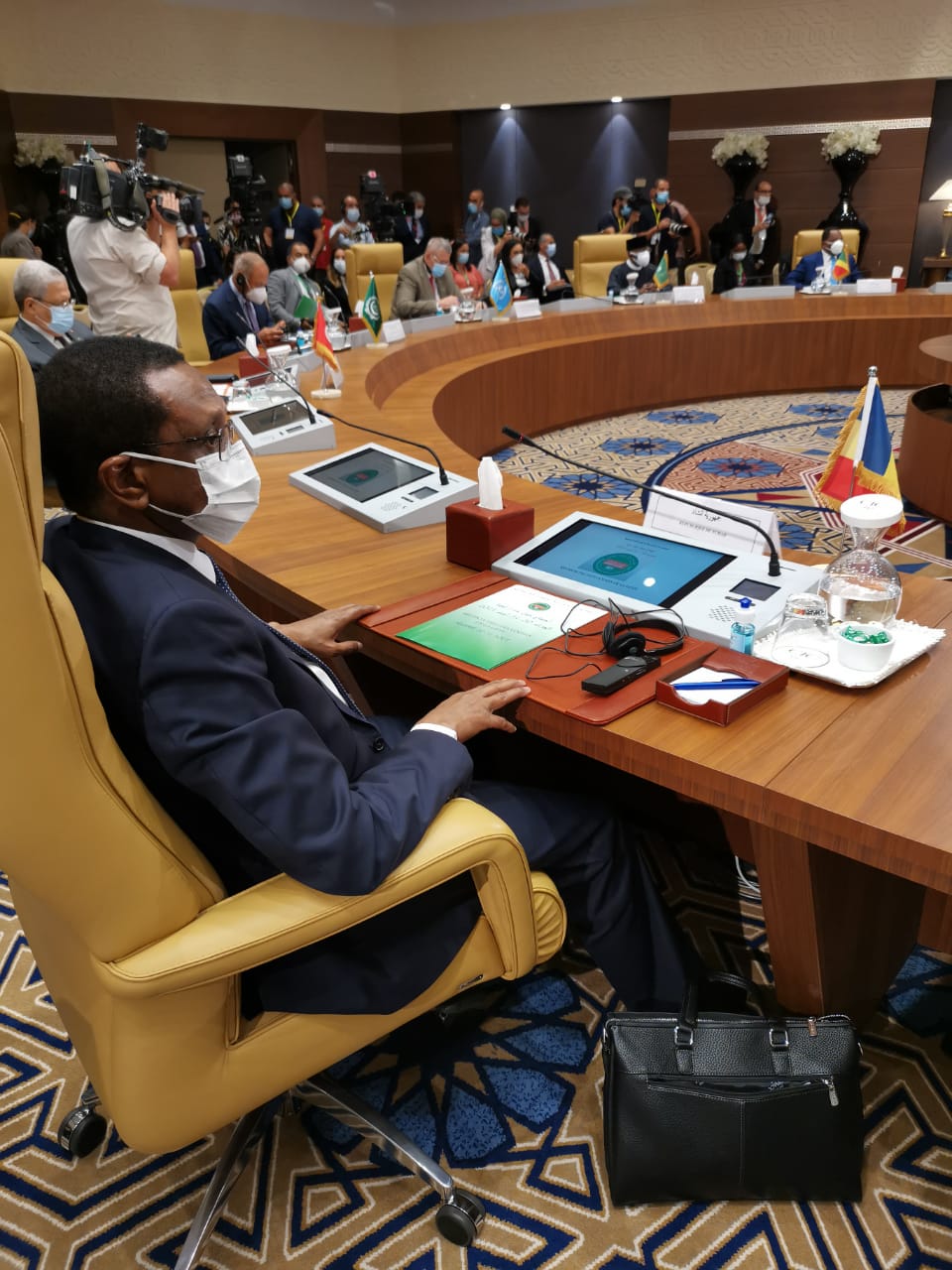 Mahamat Cherif Zene meeting with Representatives from the UN and Arab League on Aug. 30th

While the international community pushes mercenaries in Libya to leave, Chad is pushing back.

According to the UN, mercenaries in Libya should have left in January of this year.

A recent UN conference brought together foreign affairs ministers from states surrounding Libya to meet with United Nations and Arab League representatives on the situation in Libya. One of those ministers is Mahamat Chérif Zene, previous spokesman of the Chadian government and now their Minister Of Foreign Affairs (MOFA). Mahamat Chérif Zene solidified Chad’s determination that the mercenaries in Libya must leave in a “supervised, planned and coordinated departure of these so-called rebels”

“This concern deserves to be that of all neighbors to engage, in a spirit of solidarity, a strong plea with the international community in favor of the establishment of a disarmament, demobilization and reintegration (DDR) mechanism in view to facilitate the return of armed elements renouncing violence and mercenarism to their respective countries of origin, “

Chad has previously promised Libya that:

“Our Country is resolutely committed to playing its part to help the Libyan people, but in return Chad strongly wishes that mercenaries and armed bands scouring Libya do not destabilize neighboring countries, as was the case last April and cause the unfortunate consequences that we all know.“

But Cherif Zene says that what Chad offers is not enough,

“[our efforts] were unfortunately not enough to be accepted as a partner likely to contribute to the discussions organized occasionally about Libya”.

This not the first time Chad has pleaded that the rebels in Libya not be allowed to leave. The Government has recently been engaged in a constant effort to prevent these rebels from coming back and causing havoc like in April. However it is the UN’s priority that these mercenaries and all others present in Libya leave at the soonest date possible.

A new rebel advance is not unprecedented within the coming months or weeks due to international pressure from from the UN, AU and AL. Such an advance could be crippling, if not devastating for the current regime, as the last offensive killed the president, hundreds of soldiers and likely injured thousands more. No word has yet been received regarding any tentative departure of mercenaries stationed in Libya.