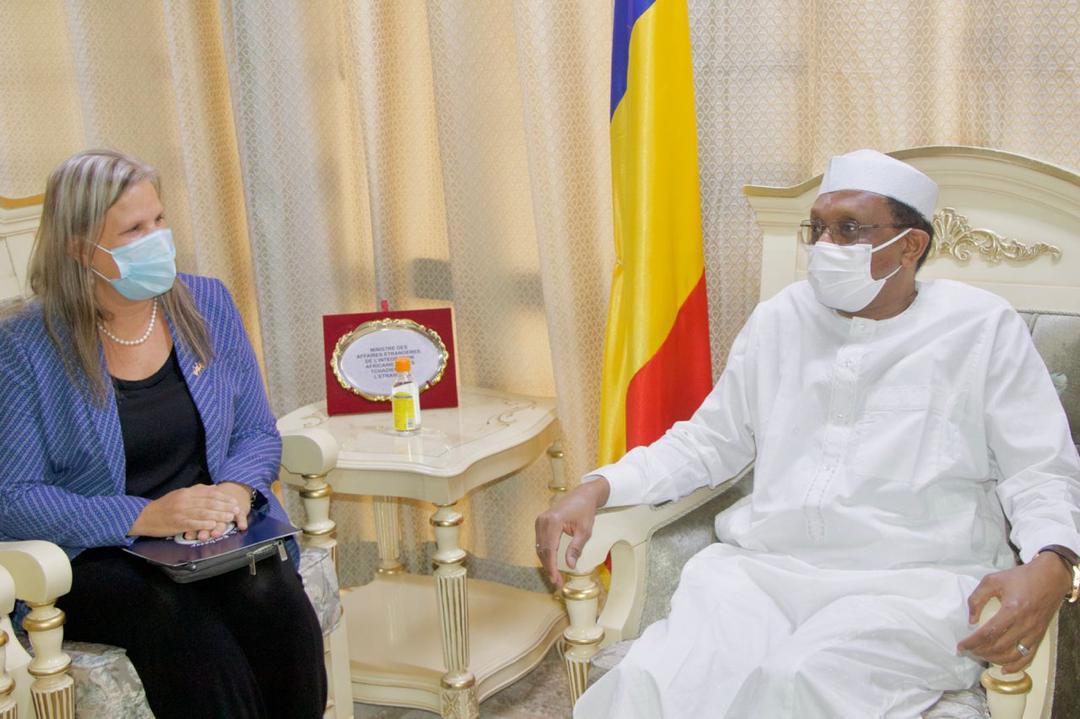 This morning Mahamat Cherif Zene met with US “Chargé d’affaires”Josie Ratcliffe, to talk about “issues of common interest related to cooperation between Chad and the United States.” according to Mahamat Chérif Zene.

Mahamat Chérif Zene is Chad’s Minister of Foreign Affairs or “MOFA”. Mahamat Zene was Chad’s Government spokesperson during the rebel attacks in April and was promoted to MOFA after Deby’s death. Zene was also previously permanent representative of of Chad to the United Nations in New York. This Meeting with Josie Ratcliffe comes on the heels of Zene’s Aug 26th meeting with Abdul Sattar Saleh Al-Ansari, Ambassador of Qatar to Chad.