Has the CTDDH caved to the CMT? 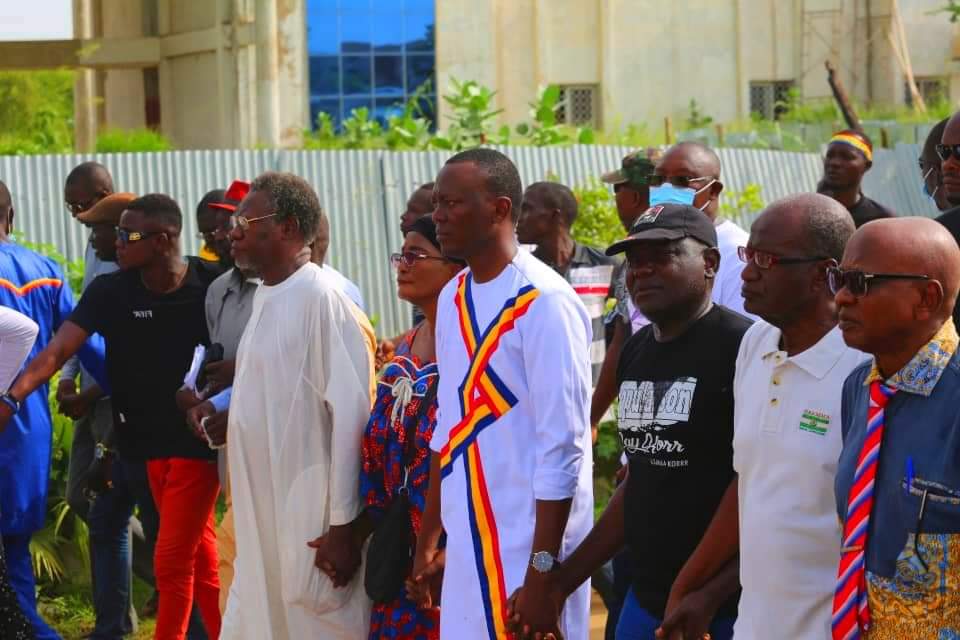 “The Chadian Accord for the Defense of Human Rights has decided to remain a key player in this country that belongs to everyone and all Chadians should participate in its management.”

On September 11th, 2021, the Chadian Convention for the Defense of Human Rights (CTDDH), announced in a press briefing that they made the decision to participate in the Comprehensive National Dialogue and procedures and institutions of the Transitional Period.

CTDDH decides, after a deep study, to participate in the upcoming comprehensive national dialogue and all procedures and institutions related to the transitional period.”

In the press conference, they also reaffirm that they still disagree with the way the transition is being managed.

The CTDDH is a human rights organization in Chad that has a reputation of being the only one of its kind that has not accepted bribes.  It is led by Mahamat Nour Ibedou, a man highly respected in Chad because of his integrity.  He has been arrested nine times throughout the years because he has accused the Chadian government of  committing many human rights violations.

“First, those in power tried to bring me back, like certain ones among us it was able to regain. At first with intimidation, but it didn’t work. Then the temptation: people came to me from the President with suitcases of money and offered for me to be a member of the government, at least four times, but it still did not work. So as they saw that it could not work, they started with harassment.”

A number of other political parties and societies have said things similar to CTDDH’s September 11th press release and gone quiet about injustices.  However, even when Idriss Deby was president, CTDDH refused to be bought or threatened into siding with the regime.  In fact, the day they announced this, Mahamat Nour İbedou, the leader of CTDDH, attended Wakit Tama’s anti-government march.