Why were Hundreds of Young Men arrested for “Clandestinely Traveling to Libya”? 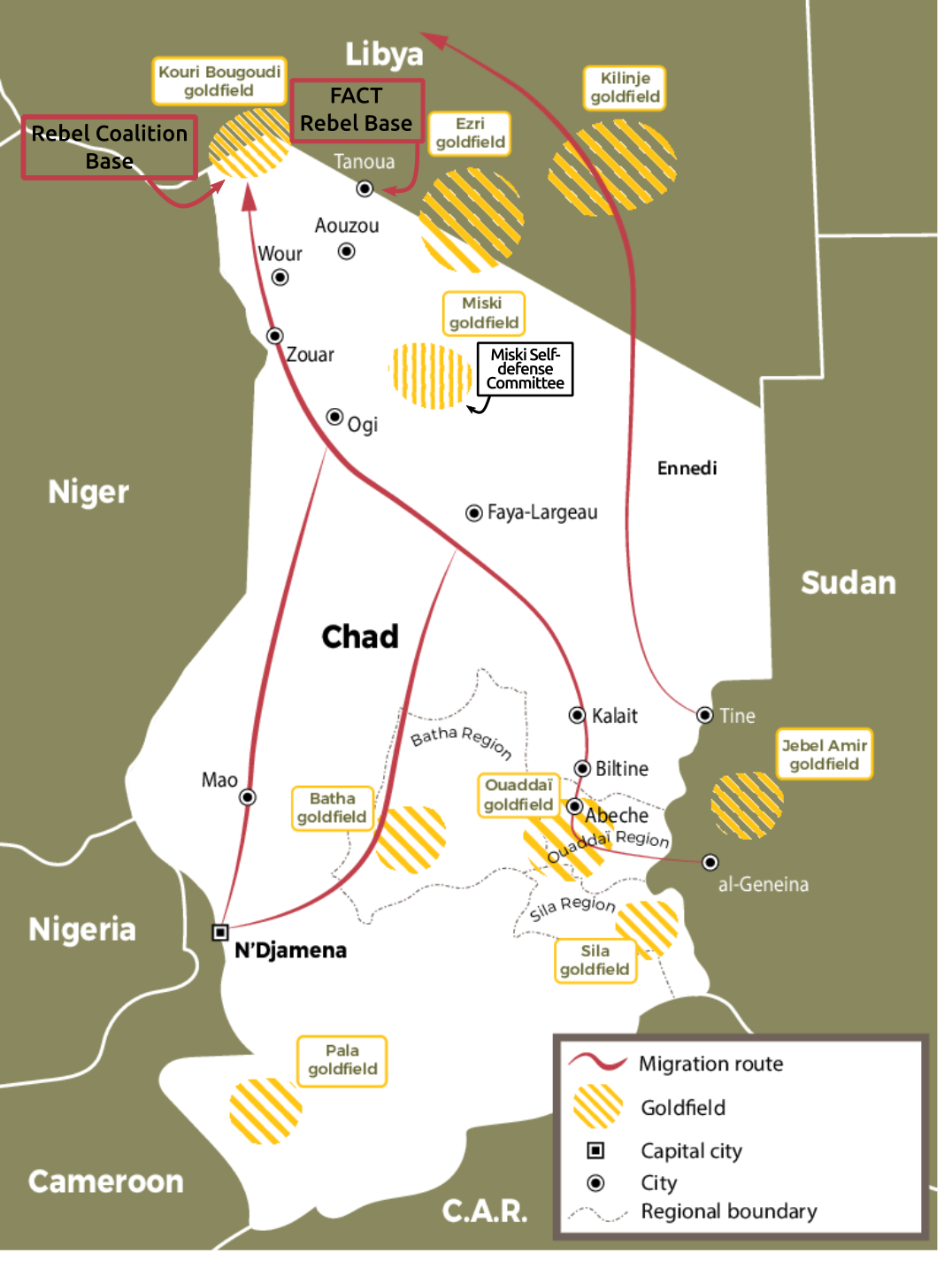 In the last month over 240 young men have been arrested in the Bourkou and Kanem provinces in Chad. All were arrested for “clandestinely traveling to Libya,” despite being hundreds of miles from the border. All were traveling in large groups of fifty or more. Why a large and sudden migration to Libya? And why were they arrested so far from the border?

Around August 3rd, 118 persons (including some under 18 years of age) were arrested in Kanem for “clandestinely traveling to Libya“

On the 10th of August, 55 persons were arrested while “on an illegal road that leads to Libya” in Kanem

While the Chadian government often claims that Human Trafficking is the problem, a recent report (made after the arrests) by the US State Department seems to discredit these claims.

State Department of the United States of America

While these arrests are not necessarily unprecedented, both the large numbers and isolation of the incidents are.

If not Human Trafficking, what could cause over 240 people to willingly leave their homes and sneak across the border to Libya?

Gold has a significant draw and has been attracting immigrants and others looking for easy money since 2012. Such people come from all over Africa and rely on ‘people smugglers’ to take them to the gold fields and beyond. Many immigrants travel through Chad on their way to Libya, hoping for a better life in Europe. These immigrants to the gold fields, Libya, and Europe are usually guided through the Sahara desert in small groups by ‘people smugglers’ who transport their passengers (often without papers) through the desert and past military and police checkpoints. However, such travel has reduced in volume due to the violence around the gold fields and across the north of Chad.

While those arrested recently in Kanem and Bourkou may have been traveling common gold migration routes, they might not have been in it for the gold. Not only are there gold fields in the northern border regions, but also rebel groups whose ranks are growing rapidly due to the increasing tension and discontent in the country.

Rebel groups are quickly growing in popularity, especially in the Kanem, Bourkou, and Tibesti regions. The apparent lack of real democratic portals and the authoritative manner in which the Transitional Council operates often forces the population to turn to rebellion in an attempt to initiate change.

Many citizens experience a feeling of helplessness in regard to the current political situation and the static condition of government for the past 31 years. Recent rumors indicate that the FACT rebel group is engaged in heavy recruiting for a new attempt to take over. Many FACT leaders, including their president, are from the BET region and have family ties to the region where the aforesaid arrests were made. It is rumored that citizens from all across the region are traveling to join the rebels.

It remains to be seen whether dialogue attempts between Transition representatives and Rebel forces will be successful, if not, another armed rebellion is likely in the coming months.