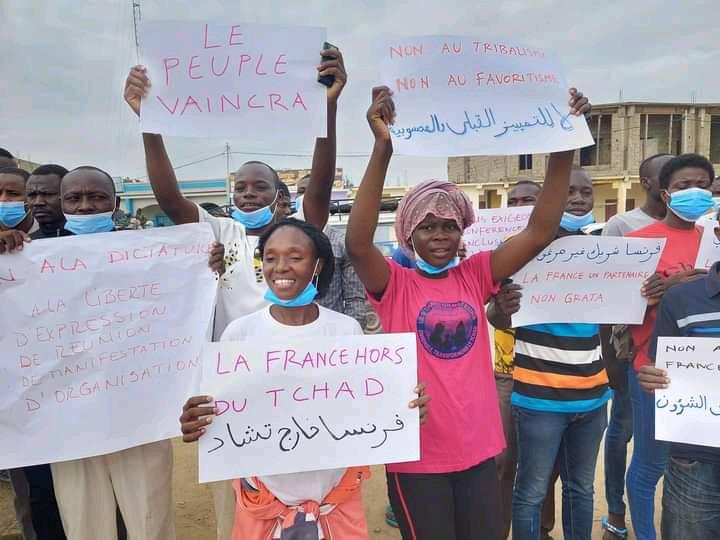 Wakit Tama has a peaceful protest scheduled for tomorrow, August 21 beginning at 6 AM at roundpoint Hamama in N’Djamena.

“Since we are not listened to, we call on all social strata (students, pupils, civil servants, employees of the private sector, activists of political parties, civil society, religious, pensioners, unemployed, underground, young people, women, men in love with justice, peace, freedom and democracy) to go this Saturday, August 21 to the Hamama roundabout, from 6 am for the start of the great sanction march to the CMT, the transitional government and their accomplices ”

The protest was planned for all of Chad, but was banned in the province of Logone Occidental by the governor. One of the reasons given is that, according to the administrative authority, a peaceful march authorization from Ndjamena cannot be valid in Moundou because the routes are not the same.