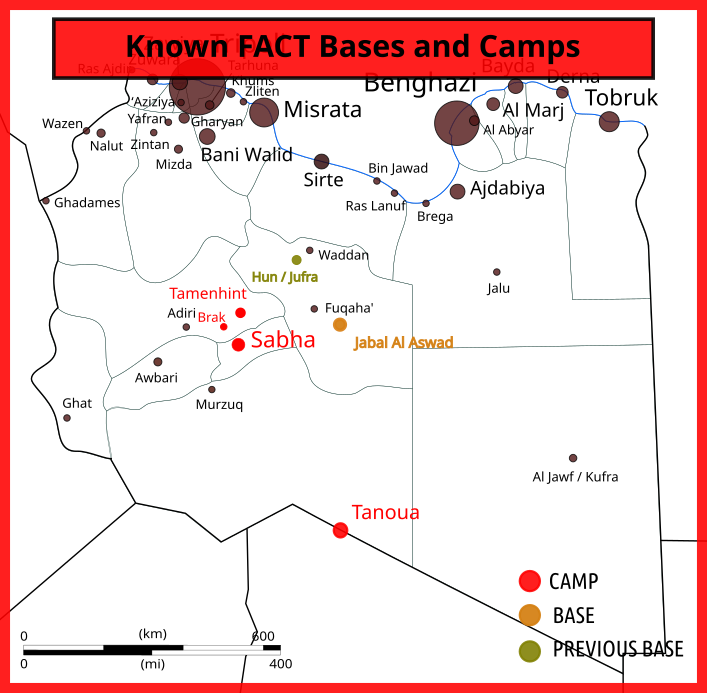 In a recent visit to Khartoum, Mahamat Idriss Deby expressed his concern about the possibility of new attacks by rebels from Libya.

While in Khartoum the President called for solidarity between Sudan and Chad, mainly regarding the security situation in Libya.

“It is moreover in the perspective of the continuity of excellent bonds of fraternity and cooperation that this visit takes place under the sign of reciprocal solidarity. Solidarity in the face of the trials and challenges of a security nature in connection with the threat posed by the presence in southern Libya of the hordes of mercenaries, liable to carry out new attacks such as Chad has already experienced.“

The President has recently spoken with Libyan authorities on the subject, asking Libya to “demilitarize, demobilize, and reintegrate” the Chadian rebels in Libya. He is now turning to Sudan in regards to help in securing Chad’s borders from “hordes of mercenaries”.

The President also stressed the importance of the reinstatement of a quadripartite agreement that would allow him to call on other nations to help protect Chad’s borders.

While no word has been heard of the rebels, a move on their part is not unprecedented and could be prematurely precipitated by the UN’s resolution concerning mercenaries in Libya. The UN demanded the withdrawal “without delay”, “of all foreign forces and mercenaries from Libya”.

On the 29th, TMC member General Ousman Brahim Djouma made a sensitization mission to Kanem (the center stage of the fighting in April) encouraging the population to support the TMC and participate in dialogue, the ceremony ended in a skit demonstrating the evils of migrating to the gold fields.

While it remains to be seen whether a rebel attack is imminent, the Chadian government is trying to take action to counteract a potential invasion.

Stay tuned to Heartbeat Africa News for more details on this developing story.