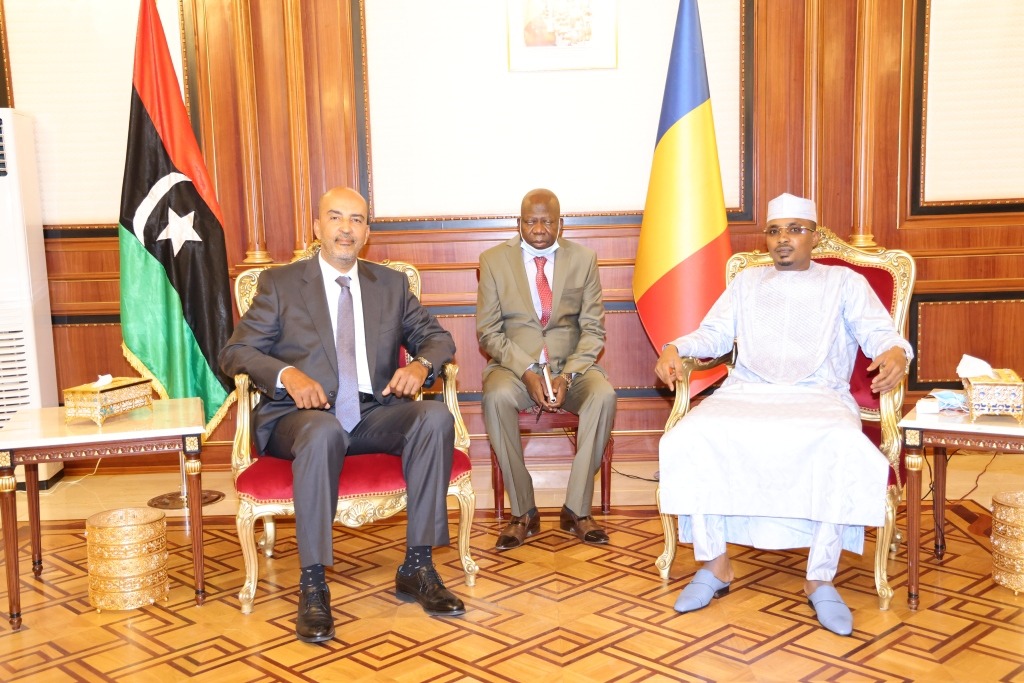 According to the Chadian Presidency the two statesman discussed the local politics of their respective countries, bilateral cooperation, “and discussed important sub-regional and international issues”

“Our Country is resolutely committed to playing its part to help the Libyan people, but in return Chad strongly wishes that mercenaries and armed bands scouring Libya do not destabilize neighboring countries, as was the case last April and cause the unfortunate consequences that we all know.“

For Chad’s part of the deal:

“any initiative in the direction of a return to peace in Libya will see the active and unconditional participation of Chad, which bears the brunt of the consequences of the Libyan crisis.”

This request seems to be driven by a fear of further attacks by the ever-growing rebel movements based in southern Libya and northern Chad.

The UN Security Council has recently called for the removal of all armed mercenaries and security groups in Libya to better facilitate peace efforts.

While some reports accuse Chadian rebels based in Libya of being involved in terrorist activities, FACT rebel forces claim that their group actively fought IS forces,

“We oppose groups like the Islamic State. Our presence is a bulwark against their advance towards southern Libya ”

Mahamat Mahdi Ali, leader of The Front for Change and Harmony in Chad

This is not the first time that the Libyan government has promised to chase out or disable Chadian mercenary/rebel forces, but previous efforts seem to have had no effect. It remains to be seen whether or not Libyan forces will actually engage Chadian rebel forces. In the event of attacks on rebel forces it is possible that rebels will be displaced and make a premature invasion attempt on Chad.