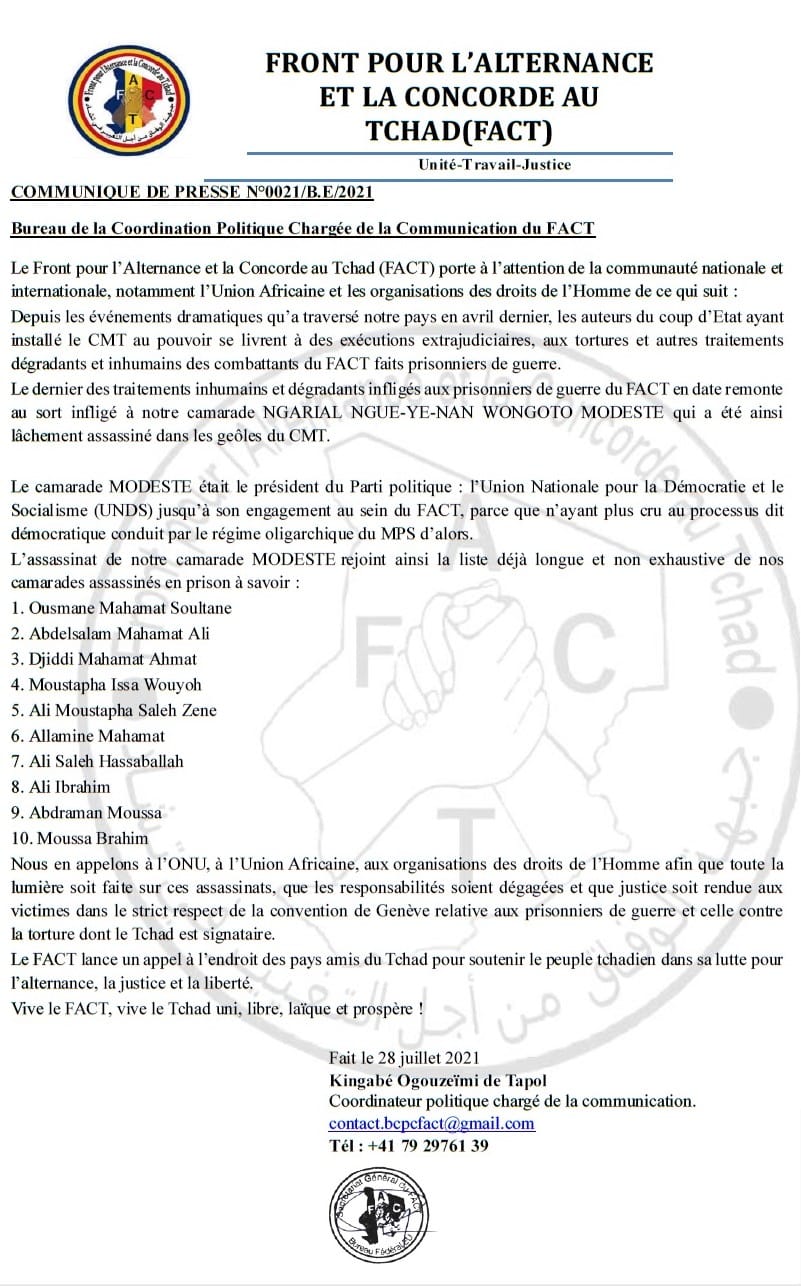 On the 28th of July “The Front for Change and Harmony in Chad” (FACT) Released FACT Press Release #021 accusing the Transition Government of torturing and killing prisoners of war taken in the fighting in April.

FACT accuses the government of:

“carrying out extrajudicial executions, torture and other degrading and inhuman treatment of FACT fighters taken prisoners of war.”

This is not the first time the government has been accused of killing FACT prisoners. The Chadian Human Rights Society CTDDH accused the CMT of killing 27 prisoners by torture and removing 5 to a “secret place” in May.

“The Front for Change and Harmony in Chad” has given a partial list of prisoners they claim were murdered by the CMT while prisoners of war:

FACT claims Ngarial Ngue-ye-nan Wongoto Modeste was also assasinated in prison by the CMT. According to FACT, Modeste was previously President of the the “Union for Democracy and Socialism” (UNDS), before joining the ranks of the rebels because: “he no longer believed in the so-called democratic process driven by the then MPS oligarchic regime”

“We call on the UN, African Union, and human rights organizations to ensure that light be shed on these assassinations, those responsible be removed, and justice be given to the victims in strict compliance with the Geneva Convention relative to Prisoners of War and against Torture, to which Chad is a signatory”.

While we cannot confirm or refute these claims, local media has recently confirmed the death of Ngarial Modeste in a military hospital. It remains to be seen whether the government can present the prisoners in question. So far none of the international community has spoken about this or called for an investigation.