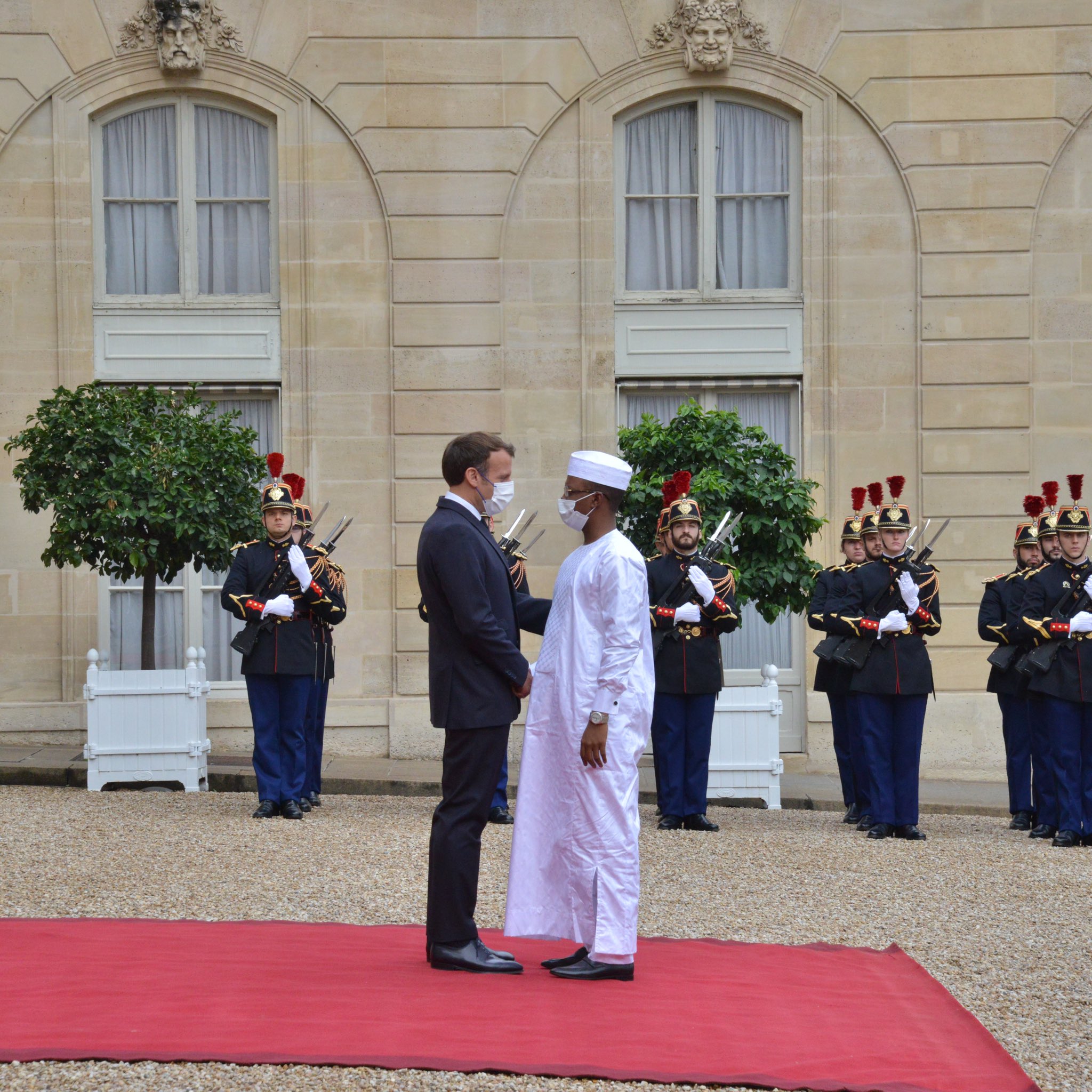 In the official press release the French wrote “France reiterated its attachment to the territorial integrity of Chad and its presence alongside the Chadian people in this sensitive period.” failing to note that their most common presence among Chadian people on the street is their flag, often lit aflame.

And later going on to say:

“The President of the Military Transitional Council of Chad praised the financial efforts that France has made for the benefit of Chad. The President of the French Republic reiterated his support for the transition and announced the implementation, at an early date, of new budgetary aid. They called for rapid treatment of the Chadian debt, within the common debt framework.”

The Chadian authorities were overjoyed at the opportune refueling of their bank accounts, which were running low, likely due to the costs of establishing a new government in Africa and sponsoring the army while it was at war with invading rebels.

We are very satisfied because we feared that our French partners would be reserved on this subject.

Spokesperson for the Chadian Government

The two Presidents also discussed the French army’s reassigned responsibilities in the region and Chad’s role in the fight against terrorism both in the Lake Chad basin and abroad, as well as Chad’s responsibilities regarding their bilateral commitments in France’s security plan in Africa.

The subject of the recent attack on the outpost of Sourou, in Chad — perpetrated by Wagner Group soldiers from Russia — was also brought up, both countries reiterating their condemnation of the attack.

France also promised to supply to Chad the necessary military intelligence to warn them of any invading bands from the North, signaling France’s fear of more destabilizing attacks by “mercenaries” from Libya.

“Noting the impact of the Libyan crisis on the whole of the Sahel, they called for supervision of the departure of uncontrolled armed gangs and mercenaries from Libya to avoid any destabilization of neighboring countries.”

The official press release ended by noting “The President of the Transitional Military Council (of Chad) and the President of the Republic (of France) have agreed to talk regularly, in the spirit of friendship and frankness which characterizes the relationship between the two countries.” While this spirit of “friendship and frankness” between the two countries is the official position of the Chadian government, recent anti-France protests have demonstrated that the people of Chad don’t necessarily agree.