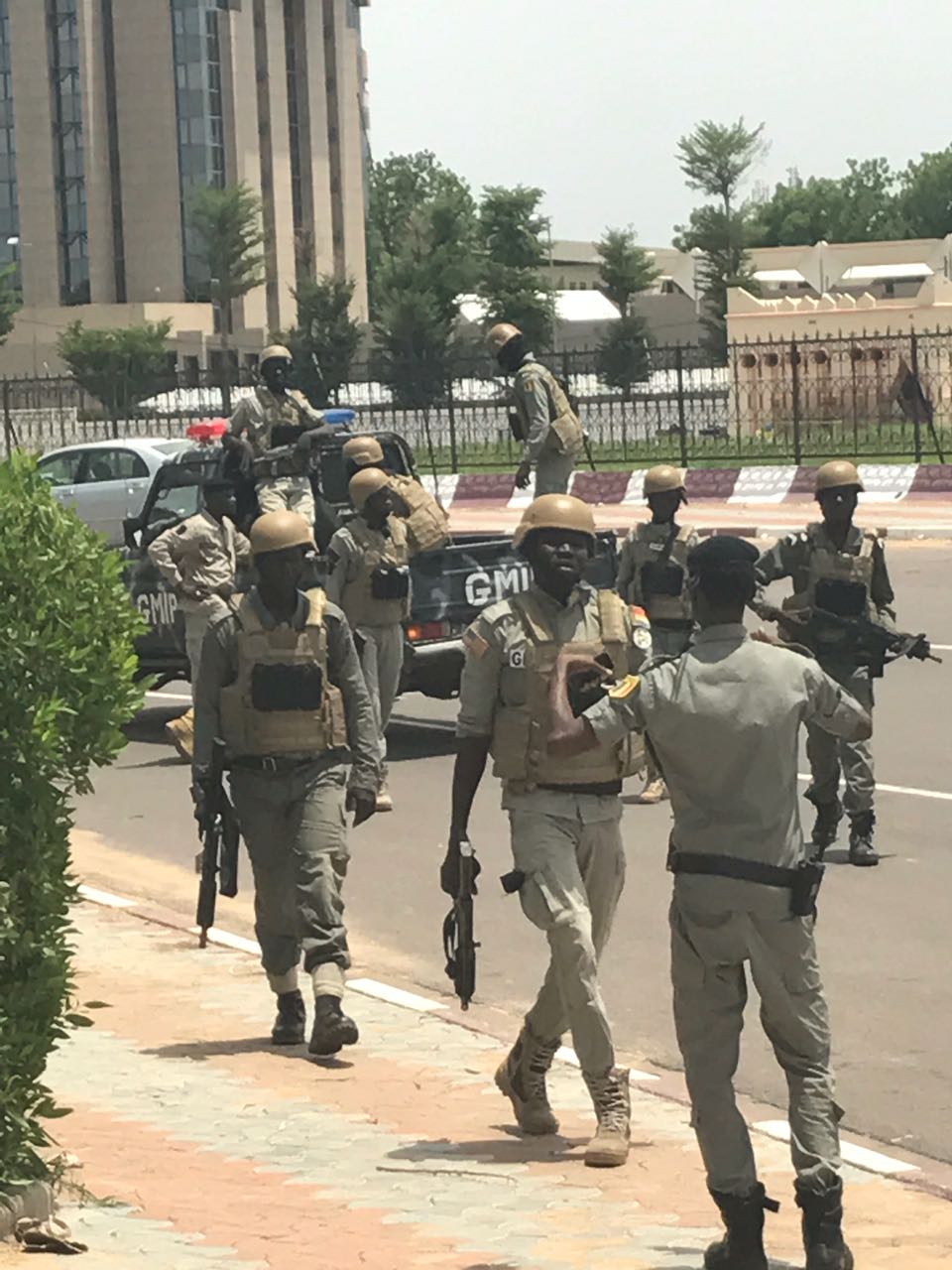 In front of the Retired Pensioners office, N’Djamena, at around 10:40 AM, a strange sight presents itself. A crowd of Elderly people — dotted here and there with a younger citizen — stretches across both sides of the divided highway. Travelers sit stationary unable to reach their destination. Cars honk while motorcycles try to weave their way through the street which is mostly blocked with people. But in a moment it all changes, the familiar thump-thump of tear gas cannons resounds through the air and yellowish smoke fills the street, old people begin to faint while others flee the area, somehow a young boy loses an eye. The protest is dispersed and traffic slowly starts to move. What caused the protest? And why this reaction by the police?

How it all started.

A meeting was called by the president of the Pensioners Crisis Committee, Mr. Blagué Jean Ngaba regarding “a very important communication” When the pensioners arrived there was much heated discussion but they finally decided to demand the presence of the director of the CNRT (The National Pension Fund of Chad) to explain the delay in the payment of their pensions. When he did not arrive they sent a delegation made up of Mr. Blagué and others to the CNRT office to demand an explanation in person. When the delegation arrived, according to Blagué “The manager told us that despite the harassment, the authorities promised him 3 billion to continue the payroll. This sum is insufficient to satisfy everyone. This explains our discontent” some of the pensioners not having received a check in 2021. With this statement in mind around 10:20 AM the pensioners decided to block the street in front of the CNRT in protest of the delayed payment of their pensions. At 10:32 AM GMIP police showed up and started negotiations with the protestors, the result was short lived but the road was opened for a couple of minutes. Near 10:40 AM the pensioners resumed — despite previous negotiations with the police — their numbers somewhat swelled by the surrounding population some of whom joined in the protest. The police, having attempted to negotiate, tried to disperse them, resulting in several of the pensioners fainting and being taken to the hospital, as well as a young boy losing his eye, the cause of which is as yet unknown.

If you have any new information or eye witness accounts, please contact me at PeterLee@heartbeatafrica.news